TIBETAN MONK SKULL as a symbol of death.

In Buddhism, Reincarnation (Rinne Tensho) is believed to have been made.

In Tibetan esoteric Buddhism, it is said that a dead body is buried in a bird's funeral, and only a specific monk is left as a ritual implement.

Especially important is the head, and by opening it is the liberation of knowledge.It is said that the oral tradition of knowledge and experience is handed down by drinking and drying sake in the top of the head.

After that, it is said that the temple is decorated with polite decorations, including the respect, and is enshrined in the temple.

I feel the special aura just as I have seen it. There are many people who have been drawn without informing them.

If you stare at Tibetan Monk Skull, you'll be able to die without fear of death.

I have been on my way from birth to death, and I will be boiling and I will not regret it tomorrow.

You should not be afraid if you're not afraid of death, and you can go on to your goals. 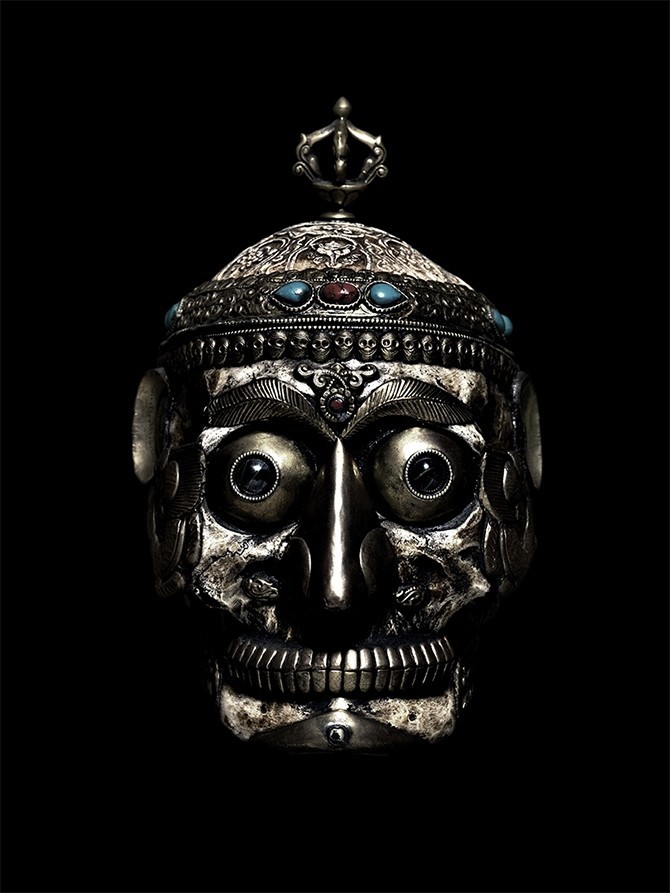 There is a beautiful ornament in the skull of a Tibetan Buddhist monk named Tibetan Sal.

It was in the mid-1980s when I heard that it was such a nice thing that I couldn't get in the hands of it.It was Kathmandu, Nepal.

At that time, Kathmandu was one of the paradise in which the hippie pioneered in the 1970's.It was a place to be full of things, and could be too relux.

As I say so, I don't know what life is going to do because I came to know (DORJE), which later became my jewelry design concept .

There are a lot of things that I think is inevitable if I have been through experience.

It's been around 2000, isn't it?It's like, "I want Tibetan, the skull, the decorated skull of Tibetan," or a Buddhist ritual for Tibetan Buddhism, and you're going to go around a store.

I don't know what to do, but I have to say, "I don't know."13, or thirteen, or so?Anyway, when I was in my thirteen, I had to go from the market to the market, and my collectite greed me too.

I'm trying to make such a (IBETAN MONK SKULL in Jewelry. 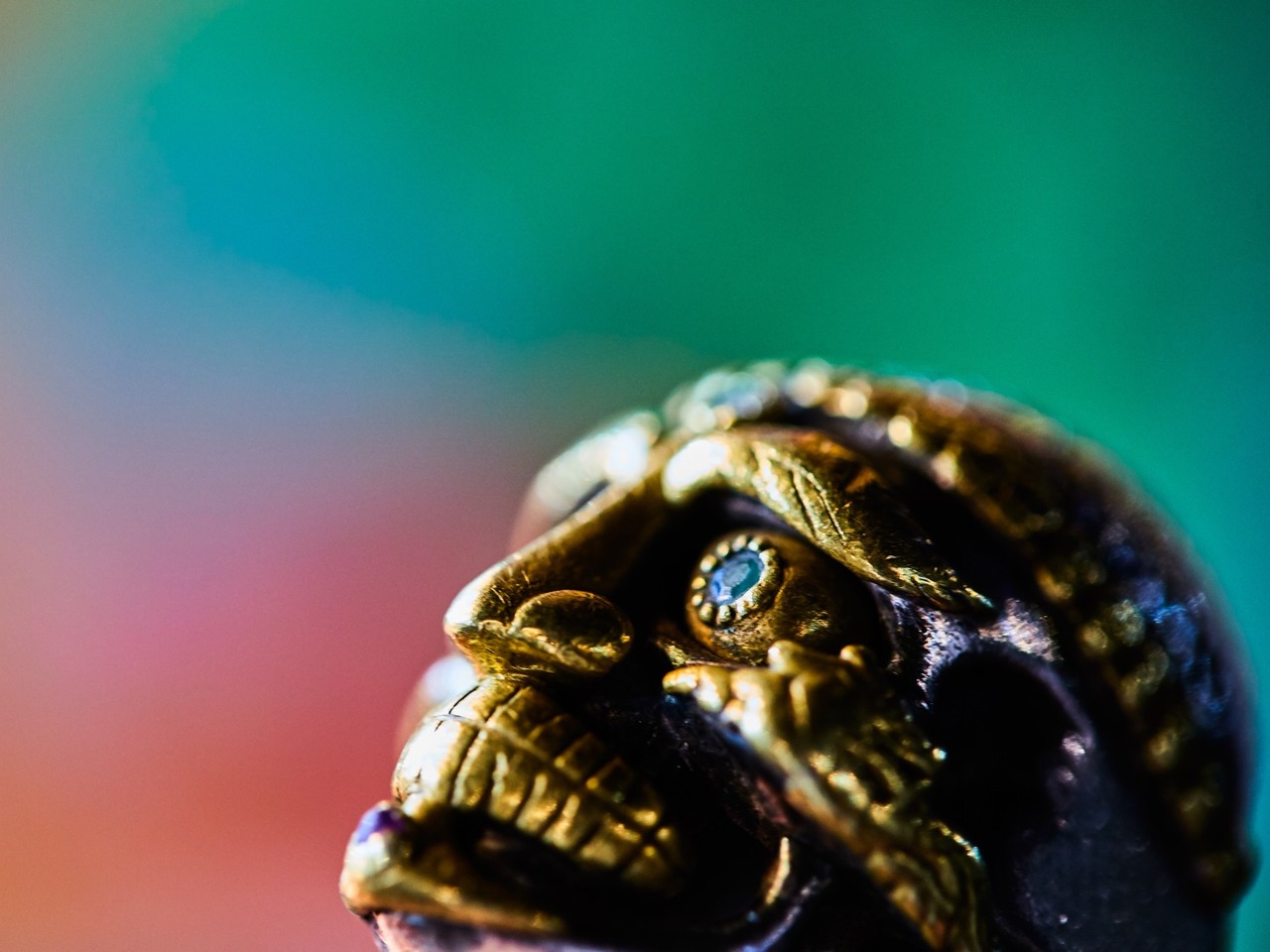 This is a ring that has been worn for 15 years already.It's a good feeling to have a concave or a wound at all. 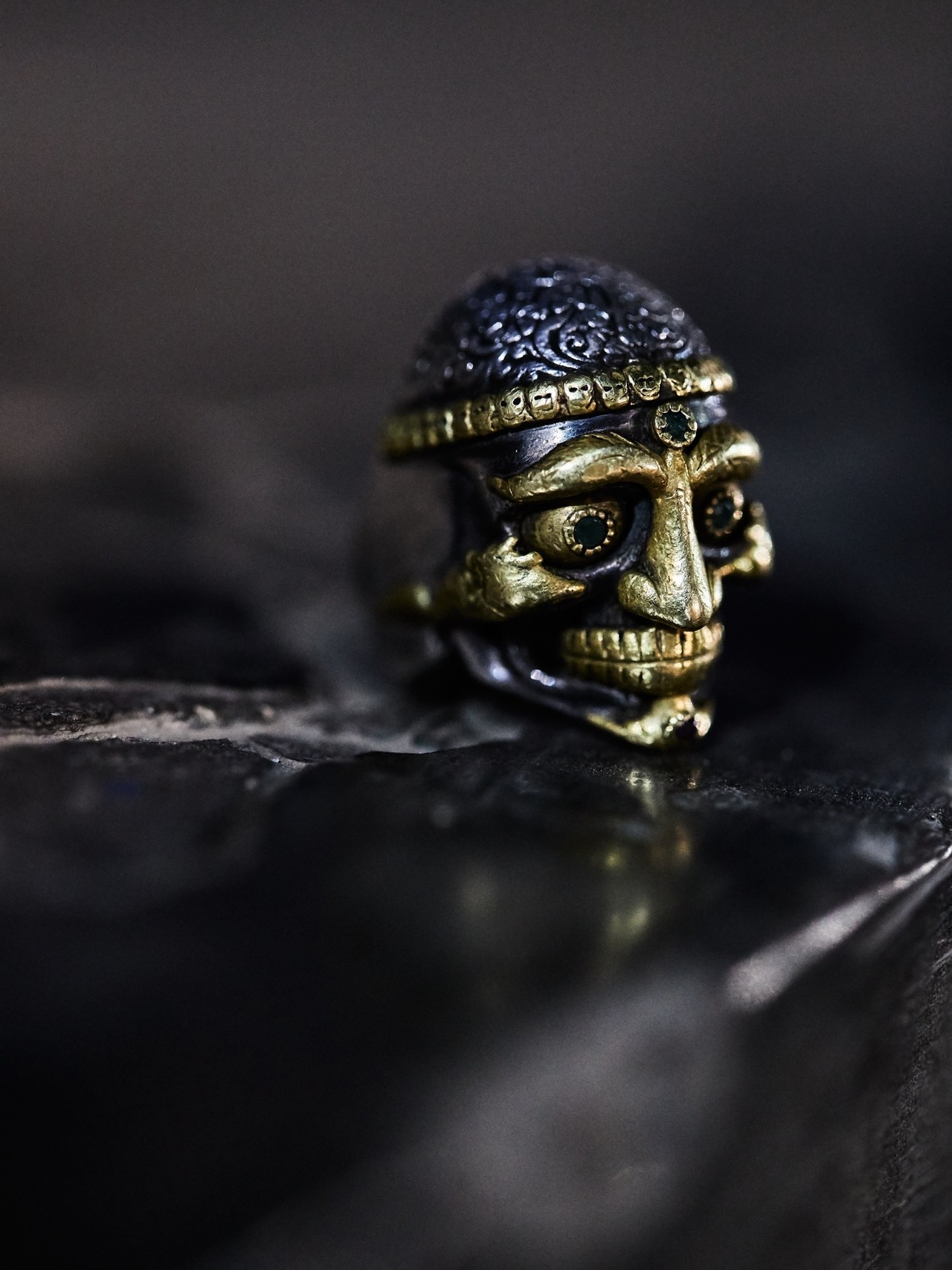 That's good.I don't want to go back to the choreography, but to go to a place full of memories and take photos with Jueley, who I've been making, along with the experiences I've been making.I'm happy.I'm grateful.